The anti-militarism engendered by the Vietnam War saw the cadet unit decline from one hundred and twenty in 1968, to eighty-six in the mid-1970s  and to sixty-six in 1983.  The unit was disbanded by the Labour Government in 1975 and revived on less militaristic lines by the Liberal Government in the following years.

The establishment of the cadet unit at the school was encouraged by the Parents and Citizens' Association by the Epping Returned Services League.  In 1962 members of these organisations provided the money and the labour to build a twenty-five yard rifle range.  The corps banner was provided by the Epping RSL.  The members were kept busy with parades, drilling and target practice at the school and the annual camps at the Singleton Army Training Centre.  Over the years the cadet unit played an important role in the ceremonies of Education Week and Anzac Day.

The revived unit of 1976 reflected a less militaristic philosophy.  Weapons and war games were eliminated from training programs and the unit activities became more closely associated with the Duke of Edinburgh Awards.  The emphasis shifted from formal parades and drill, to weekend camps at bushland areas such as the Blue Mountains National Park, Berowra, Thornleigh and Crosslands.  When in 1982 the NSW Education Department withdrew casual relief for teacher officers attending annual cadet camps, the camp was included in Term Four activities in the last two weeks of the school year and the venue changed from Singleton to Sussex Inlet on the south coast.

Since 1975 officers have included:

In subsequent years, the cadet unit was disbanded. 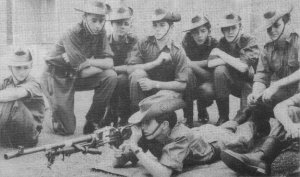 Cadets going through their paces 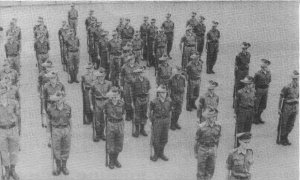